I am over the moon, today's Advent Countdown Tag features St Nick's Sugarplum Wassail, I just love that word - Wassail, it has the most marvelous feeling in your mouth when you say it.  These days not many people know what wassail is, according to my on-line sources it is .... a spiced ale or mulled wine which is drunk during the celebrations for Twelfth Night and on Christmas Eve. 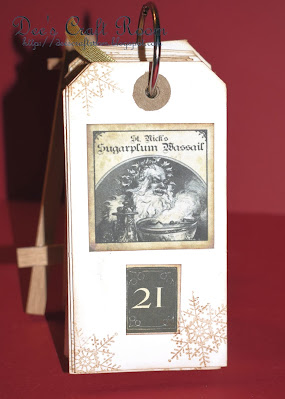 What do we have in the Advent Santa Sack's today?  Two masks made in a soft white cotton fabric with sprigs of holly. 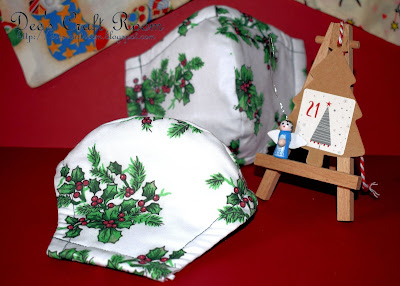 It looks like Louis and Coco were a little embarrassed over the gift they left for the children the other night.  As an apology they bought Connect 4 with them last night. 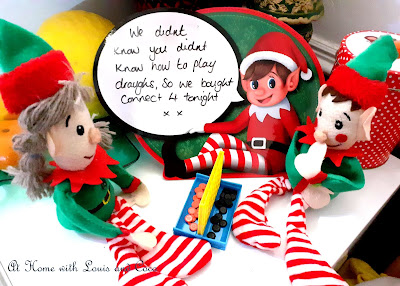 Louis looks very serious as he considered his next move. 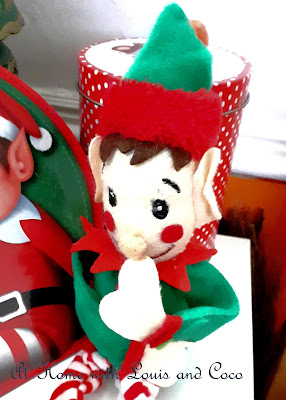 Oh wow, look what happened in Daisy's household last night.  Daisy managed to find some snow for her and her reindeer friend to play in ....... 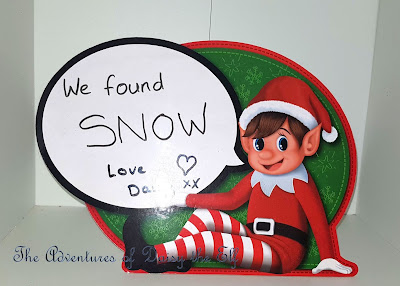 Having missed out on all of the snaow a couple of weeks ago, I bet Daisy was very happy that the snow she ordered from the North Pole arrived last night. 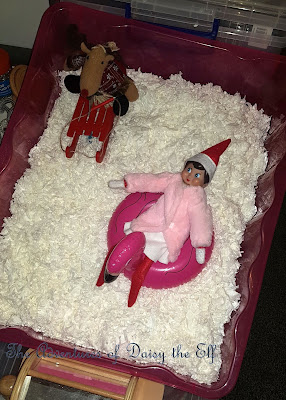 Daisy has let her reindeer friend play on her toboggan whilst she tried out her new flamingo snow tube.  I just love her pink coat, it goes perfectly with her snow tube.  Weeeeeeeeeeee.
It looks like someone else has got in on the act and sneaked a ride on the toboggan when Daisy's back was turned! 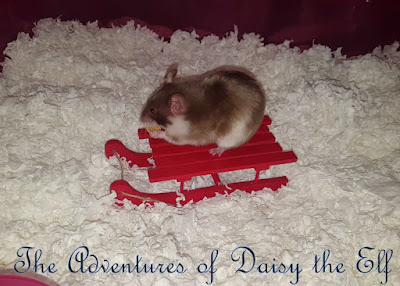 It's Rainbow the hamster!