Gosh, what has happened to the weather?  It has turned very cold here but that is nothing to the snow hitting the rest of the country.  We had a fall of snow last night but it rained this morning, and there is no sign of the snow now.  Whilst it is quite bad in places here that is nothing to parts of Canada and the States, I feel for all of my crafty friends in those countries.

Anyone who saw my post from last week about Primrose the Rabbit will know what a big fan I am of Susan Hickson and her Mary Jane's Tearoom's bear and rabbit patterns.  Last year I was so busy making these cute and cuddly little rabbits that I forgot to post the end result.

All of the 'girl' rabbit patterns are named after flower, this one is called Bluebell Rabbit - the pattern is available from the Ravelry store. 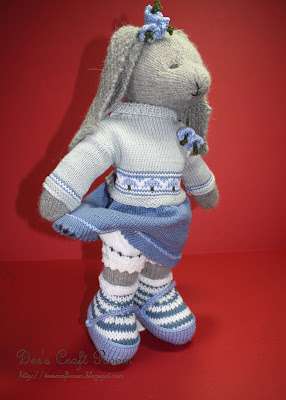 A cheeky pose here so you can see all of her clothing, you can probably make out the bluebell motif running through what she is wearing. 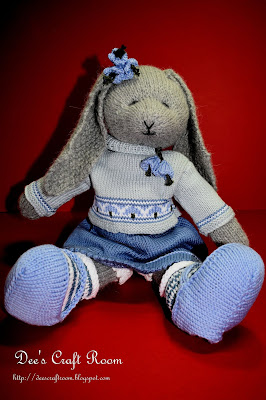 Her feet are quite large, but possible not quite as big as this photograph suggests. 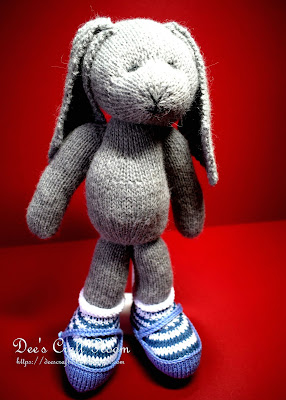 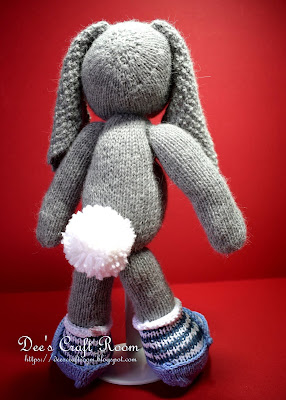 As you can see, Bluebell has a large white pom pom tail. 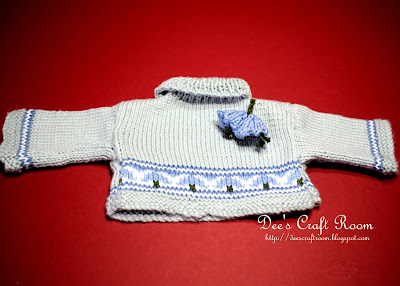 The jumper is made from 4 ply cotton and it has a bluebell boarder (you may need to look as it from the side to make out the bluebells). 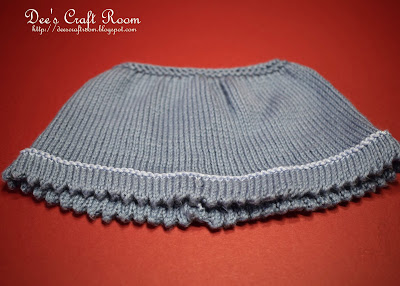 As you can see from some of the other photographs, the skirt is actually an Air Force Blue colour, but every photo I took of the skirt on it's own it looked more grey than blue!  The skirt is also made from 4 ply cotton. 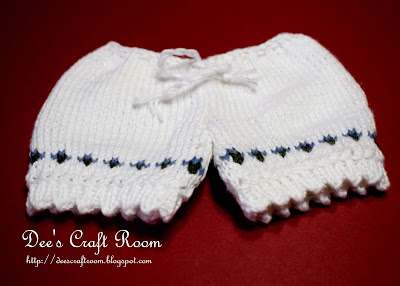 I gave the knickers a little blue floral motif so that they match Bluebell's other clothes.  As with the other clothes, they are made from 4 ply cotton. 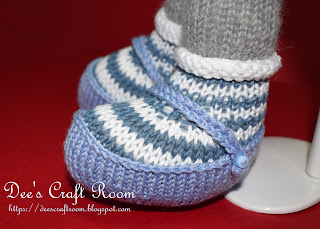 She has cute Mary Jane style shoes which actually unbutton so you do not stretch the shoes taking them off.  The socks do not come off - they are part of the leg. 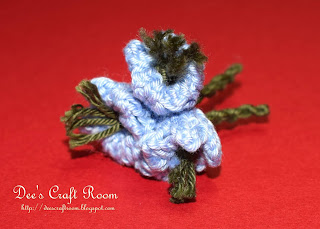 I stitched all of the little bluebells to broach pins so they can be moved around - on her jumper, or her shoes, or even tucked behind her ear. 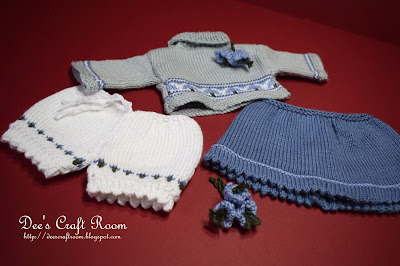 You can see the true colour of the skirt in this shot. 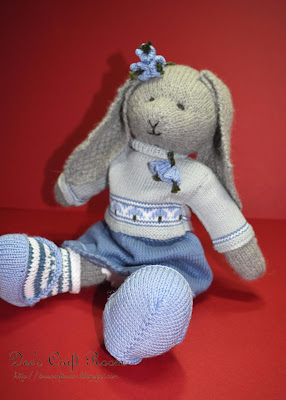 I think that Bluebell could do with bigger hips to keep up her knickers and skirt, they slip down even when she is sitting quietly. 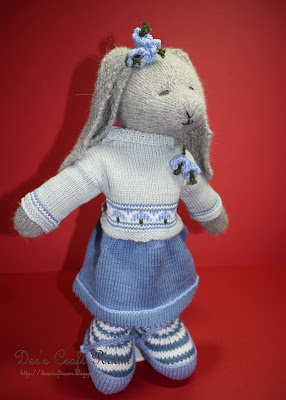 Now here is a funny thing, Bluebell was the first of the patterns I made over the summer, and it had been so long since I had made one of these patterns that I completely forgot that the alpaca wool I use to make the body must be finer than the wool the designer uses.  As a result my rabbits are a little smaller then stated in the patterns and consequently, if I make the clothes as set out in the pattern they swamp my rabbits.  As you can see in the following photographs, I had to go back and make the clothes again .... only smaller! 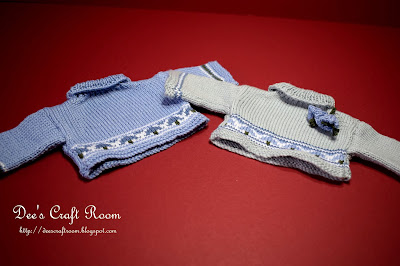 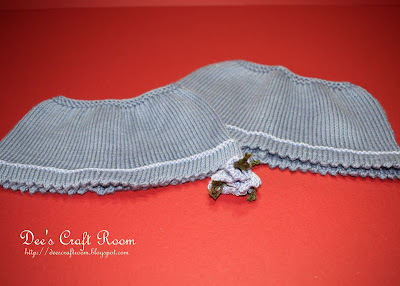 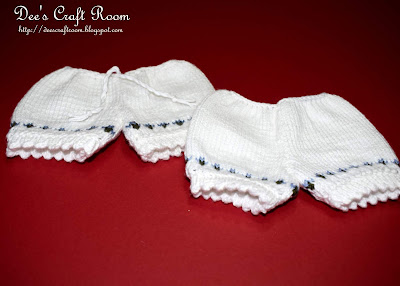 I am now looking for a project where I can use the larger clothes, any suggestions?


Some of the other patterns I have made from this series are:-