Hi there, I know it has been a while since my last post but I have been busy on a new project.  I have been knitting a pair of sweet rabbits, along with their clothes.

A few years ago I discovered a series of knitting patterns on Ravelry published under the name of 'Mary Jane's Tearoom', designed by Susan Hickson.  It was love at first sight but, unfortunately, I never had the time to make any of these enchanting knits however this year I promised myself that I would make at least one or two of them.

It was very difficult deciding which to make first and in the end I decided on two patterns, they were a pair of 'matched' rabbits called 'Lapland Visitors'.  I started with 'Bo', and I should warn you that there are a lot of photos in this post. 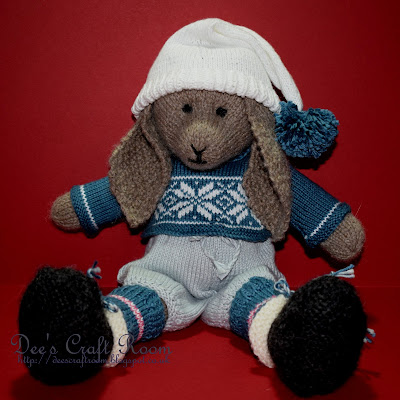 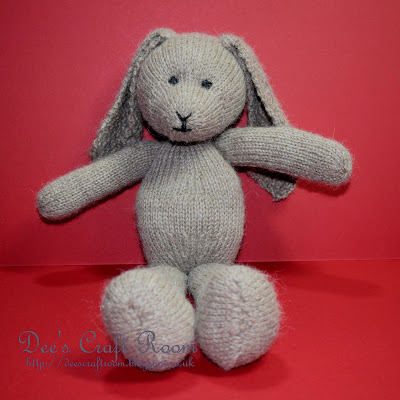 and his cloths are made from 4 ply cotton yarn. 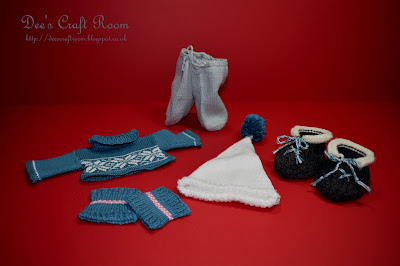 He has the most enormous feet, I really do not think you get the feeling of their size from these photographs. 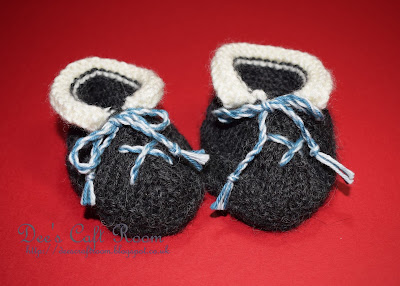 The alpaca wool I used is beautifully soft but it is much finer than any other Double Knit yarns I have ever use.  Consequently my bunny is smaller than stated in the pattern and all of the clothes were much too large for him.  Once I realised why his clothes swamped him I decided to knit them on 2mm needles instead of 2.75mm.

These are leg warmers, instant flashback to the 70's. 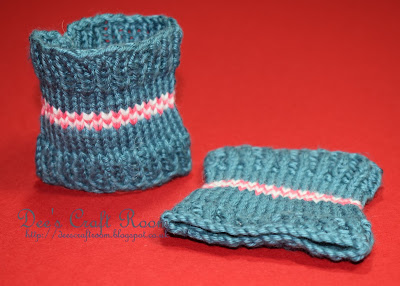 The little twisted laces on his snow pants reminded me of old fashioned pyjama cords. 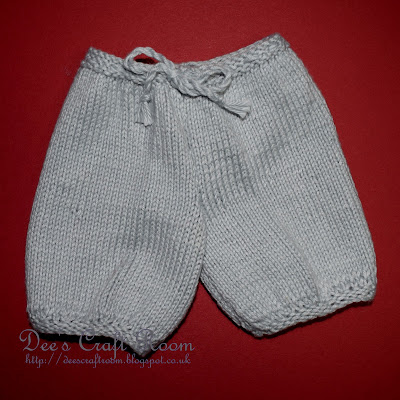 I have never made any thing so fine and I found it quite impossible to pick up stitches around the arm holes to make the sleeves in the jumper, but it was an easy enough work around.  I just love this snowflake design. 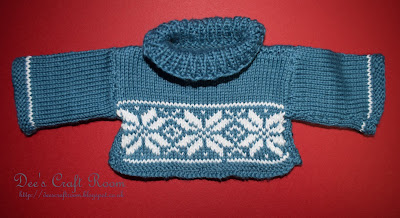 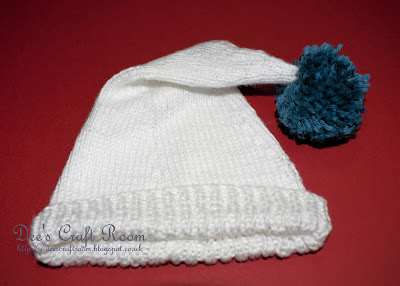 The most difficult part of the pattern ... and the most nerve wrecking, are the features.  I spent two days plucking up the courage and trying to get his face to look a way I was happy with - and to be honest I could probably fiddle with him a bit more. 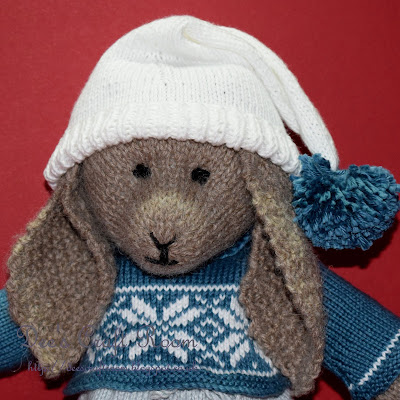 Here is a quick shot of his rear, I did not want you to miss his cute scut (I had to leave a slot in his snow pants for it to poke through). 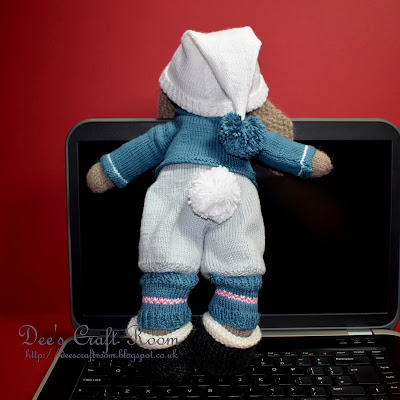 I think I prefer him without his ski hat.  What do you think? 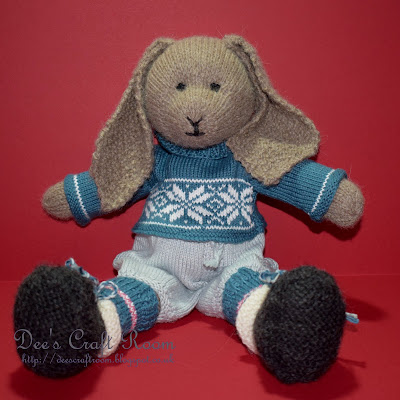 I hope you like the first of my knitted 'toys', I shall be back in a day or two to show you Bo's sister Anaka.

Thank you you for popping by today, how is your week going?  It is still cold here but I suspect the temperature has gone up just a tad.

I thought I would share a little chunky jacket with you today.  I am afraid that my photographic skills really let me down when it comes to knitted objects and I could really do with some tips on how present them to show them at their best. 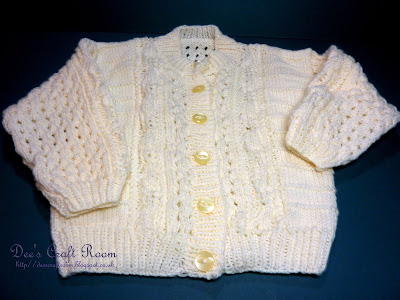 It was quite a challenge for me to make this jacket as it had several stitches I had never tackled before, including a cable stitch, 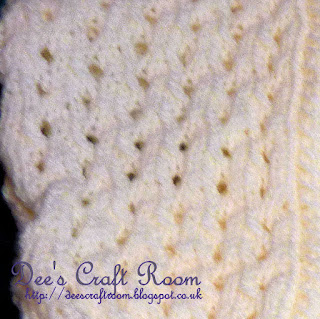 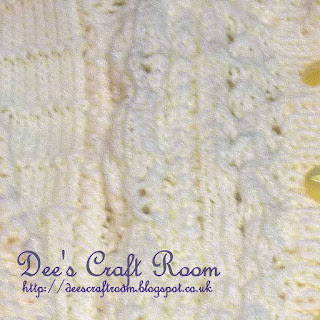 I bought this DK pattern from ebay, it is only referred to at 'Knitting Pattern 398'.