If you are a regular visitor to this place you will know that over the past couple of years I have developed a passion for making knitted animals, especially those designed by very talented people like Julie Williams (who designs The Little Cotton Rabbits Collection) and Susan Hickson (The Mary Jane's Tearoom Collection), I love their work.

Recently I was idlly flicking through Pinerest when I spotted a very attractive knitted teddy bear.  Further investigation revealed that he was one of a collection of animals by Sarah Gasson, called Knitables.  What made these patterns stand out, other than the quality of their design, was i) their size - each stands approximately 18 inches tall, and ii) their clothes are actually costumes ie surgeon, nurse, ballerina, super hero.  Wo could resist them?  Not me!

My biggest problem was which to make first.  The cat was not the first I made, or the second, but it was the first one finished and dressed - and here he is ..... 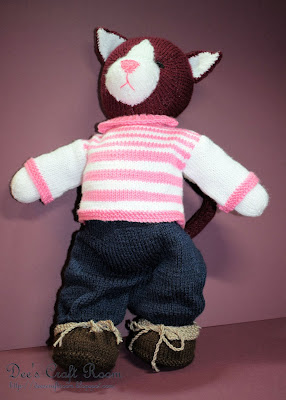 Made in double knit yarn the fiished cat is 18 inches tall in his stocking feet and just oh so cuddly.  I was in a hurry to finish this bundle of fun and get him to my little nephew that I kept his jumper and trousers simple. 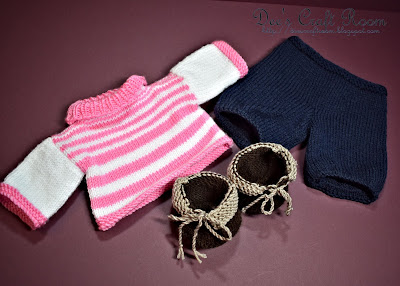 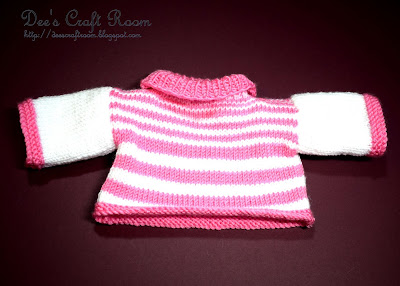 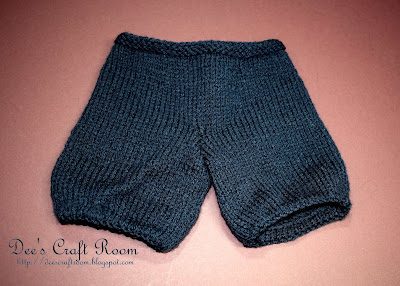 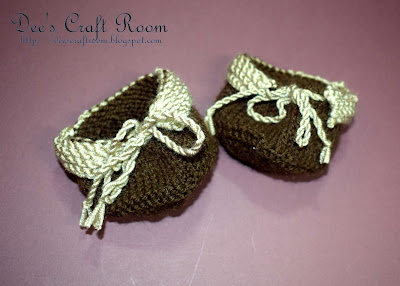 Overt your eyes now if you are of a sensitive nature - here come the naked shots! 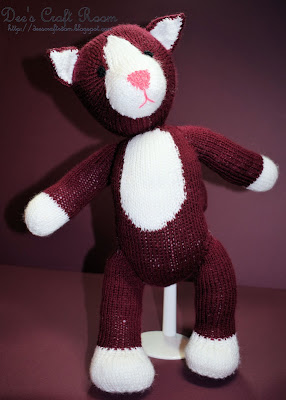 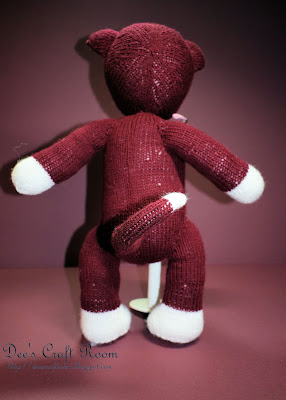 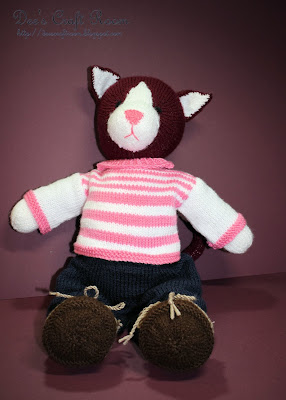 Spoiler alert.  Coming to  post near your soon, watch out for other adorable Knitables. 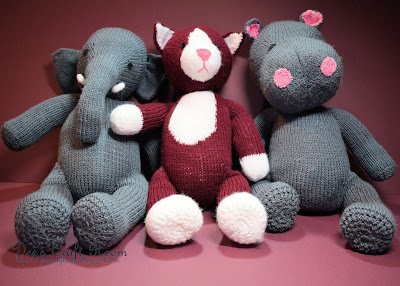 I hope you have a great week.

It has been a while since my last post, but I have not been idle.

A few weeks ago, I had a call from my sister asking if I would mind making a couple of cardigans for your youngest grandson. Of course, I did not mind, in fact, I was only too pleased to have the opportunity to make something small and plain, very therapeutic. My sister had bought a pattern and some navy and burgundy coloured yarns. All well and good, sadly things got a little out of hand once I got involved. The first cardigan I made struck me as a little small for the now very bonny 6-month-old. So, the second cardigan I made in the next size up - it came up massive. So, I took it on myself to make a second navy cardigan in the smaller size ... which came out considerably larger than the burgundy cardigan despite being made using the same pattern, the same needles and the same brand of double knit!

In the meantime, my sister's daughter-in-law rang and asked if we could make a replacement cardigan for one I made when the baby was first born - which he has now grown out of but his mum loved it so much she would really appreciate a replacement. Not a problem, so I ordered the yarn from an on-line shop. Whilst I was waiting for the yarn to arrive, I got a little bored and raided my stash and made a fourth cardigan, this one in royal blue. A few days later the beige yarn arrived and now we have five cardigans, where originally there were to be only two.

Before I show you the first of the photos I took the other day, I really must apologise for the quality. The weather recently has been quite dreadful and I hope that none of you have suffered as a result of storms Ciara or Dennis. (Even as I type this, I can again hear the wind outside and it is raining hard.) On the day I took these photographs it was very overcast and I had to have a lot of additional lighting, consequently the colours are far from true and there is nothing I can do to improve them, I am sorry. 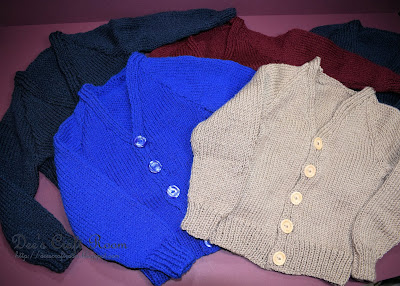 I am never sure anyone is actually interested but, in case you are, the cardigan pattern is BHKC pattern number 3. 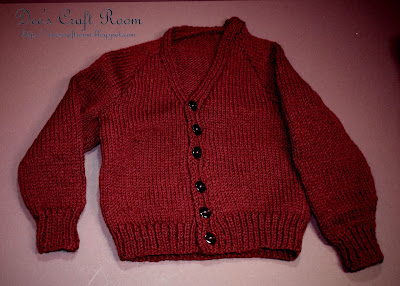 This is the little trouble maker that started my knitting marathon, the smallest of the bunch. 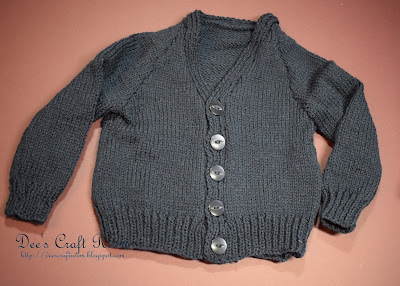 (This cardigan is actually navy blue, I am sorry about the colour.) 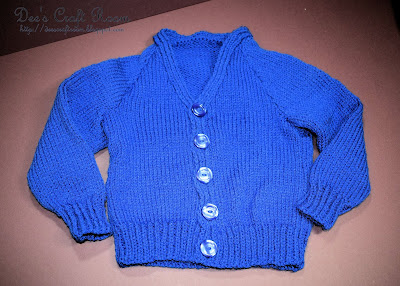 (This one is royal blue, so a little washed out.) 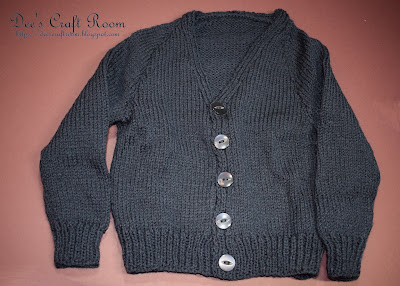 (Another navy blue cardigan in real life, followed by and biscuit coloured one .... not that you would know it in this light.  It is quiet interesting how artificial light changes colours.) 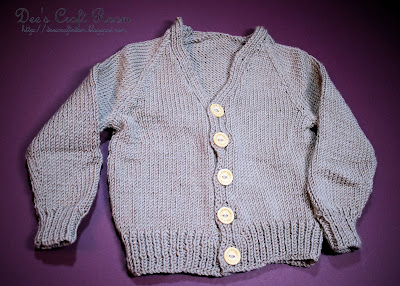 I hope that you have a good week.