I mentioned the other day that I had a few Dinosaurs to tell you all about.  Well, here we are.

Naturally, I have been researching Dinosaurs, I think we probably know more about Dinosaurs than either Unicorns or Dragons because of all of the evidence that they actually walked the earth. However, did you know that there are many group-terms for Dinosaurs, for instance, a flock, a gaggle, a colony, a murder - these terms are more readily applied to the more bird-like ones? Other collective nouns are a herd, a band, a pride, and a pack - these are more readily used for the larger Dinosaurs.

The word Dinosaur is said the mean 'Terrible Lizard'. Apparently when scientists first discovered Dinosaur fossils, they imagined them to be the remains of huge lizards from the past. 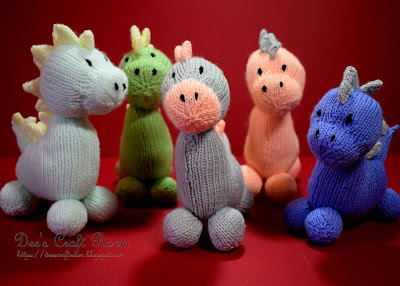 As with both the Unicorn pattern and the Dragon pattern, this one is from 'Knitting by Post' and this one is called 'Dinky Dino Dinosaur' and is also available from Ravelry.  All of my Dinosaurs are made in Double Knit yarn but some have come out larger than others. 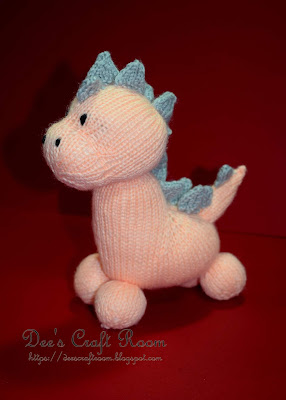 I know that I have taken liberties with the colours but no one really knows what colour they were, although probably not peach or violet! 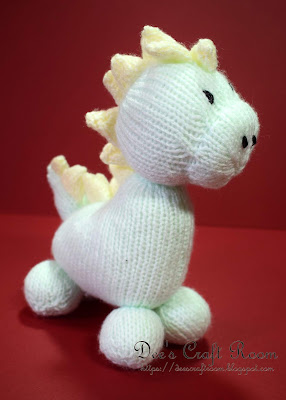 This green one with yellow spikes was my first attempt. 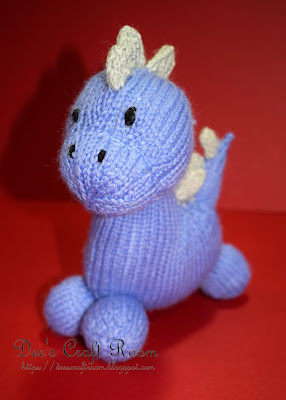 This violet Dinosaur is much smaller than the rest, I think he is quite sweet. 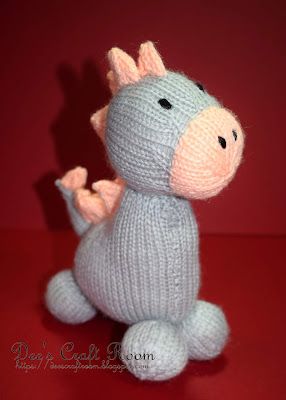 I could tell that I was running out of grey yarn so I gave this one a peach snout to match his spikes, I think he has pulled the look off. 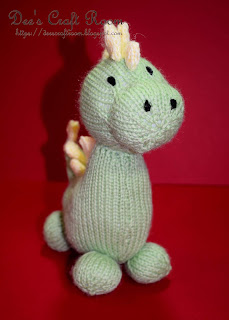 Although my photographs do not give you a clear back view of these dinosaurs I have made mine slightly different to the pattern, they have a double row of spikes down their back so that they more closely resemble a Stegosaurus, as this particular Dinosaur is a favourite of my niece Lucy (can you guess which one she has?).  The remaining Dinosaurs have been put away for Christmas. 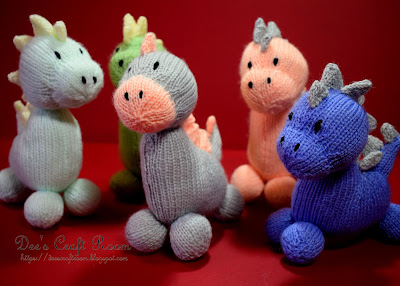 I also added nostrils to my bunch, I think it gives their face more character.