Did you know that the collective noun for a group of unicorns is a 'Blessing'?  And a baby unicorn is called either a 'sparkle' or a 'shimmer'?  I did not before I picked up my needles and made my first baby unicorn, then curiosity got the better of me and I looked it up.

This enchanting pattern from 'Knitting by Post' is called Stardust the Unicorn and is available from Ravelry. 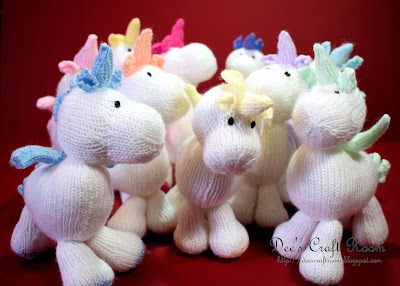 After I had made my first Sparkle I became obsessed and found myself making one in every pastel colour (and one or two other colours) I have in my extensive stash of knitting yarn ...... 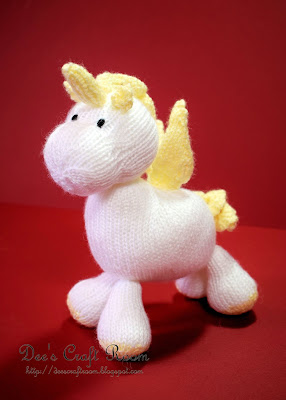 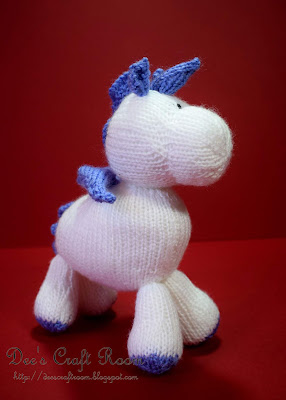 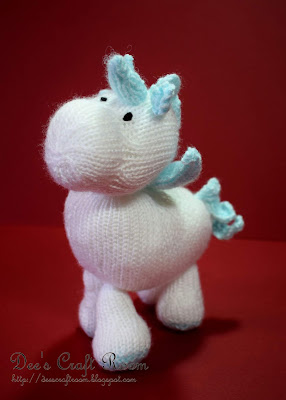 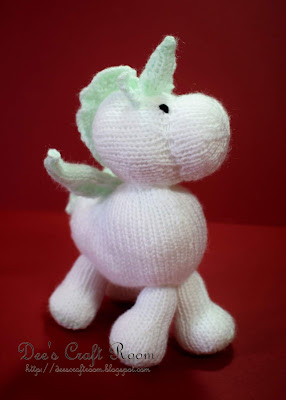 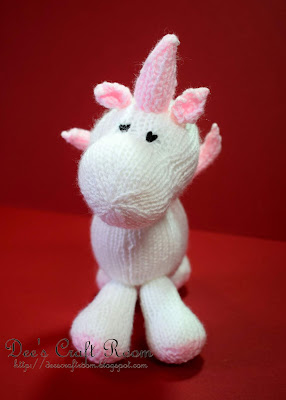 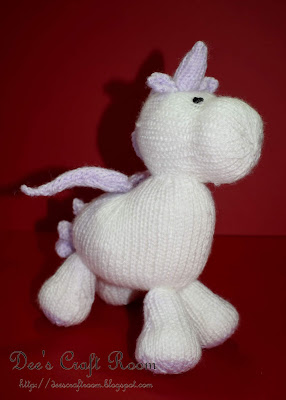 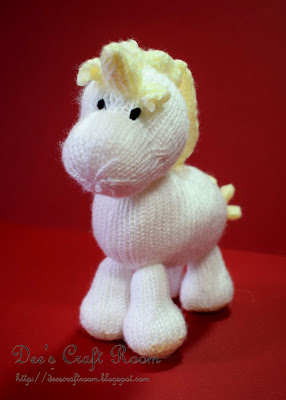 Lemon - or could this be the cream one? 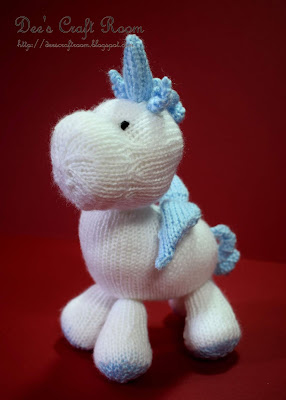 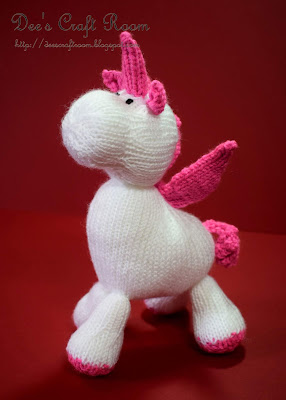 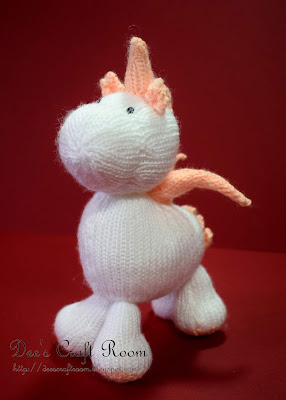 As you can see they all have their own personality but, as much as I loved having them around, my work space soon became over run with little unicorns and I needed to put them somewhere same whilst I finished the project.

I found a cardboard box, which would keep them clean and prevent them from being squashed out of shape.  The trouble was they would stare at me accusingly from across my work room, making me feel very guilty about putting them away.  I even started to imaging that I could hear their little hooves tapping on the cardboard as the jostled for prime position to look daggers at me. 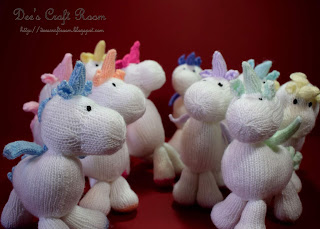 I have put them all safely away now until Christmas when they will each make their way into the Christmas stocking of every little girl I know.  After all, who wouldn't want their own Sparkle?