Do you remember my post about Unicorns, where I explained that the collective noun for a group of Unicorns is a Blessing? Well, today I have a group of Dragons to share with you and I have discovered that I am spoilt for choice as to what to call them. Among the collective nouns for Dragons we have a flight of Dragons; a weyr of Dragons; a school of Dragons; a doom of Dragons; and a wing of Dragons. Also, baby Dragons are called whelps, and are born in nests known as roosts. When they reach adolescence, they are called fledglings. Who knew that there is so much information out there on something which is mythical?

You may have spotted that this my dragons have a striking similarity to the Unicorns, that is because the knitting pattern is from the same website - 'Knitting by Post' .  This pattern is called 'Dave the Dragon' and is available from Ravelry. 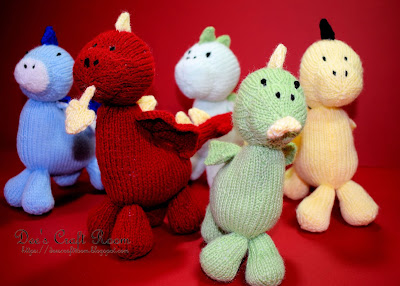 As you can see from the dark red dragon, the dragons in this pattern, have a rather silly looking sticky out tongue, which, between the two of us, I did not really like ... 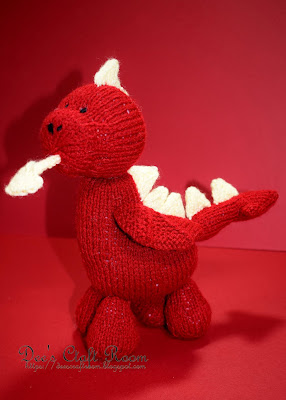 So, I tried making the tongue on my next Dragon slightly shorter, but I was still unhappy with the look.  What do you think? 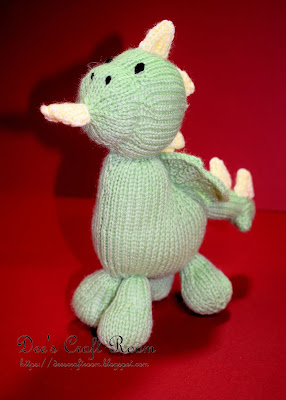 In the end I dropped the tongue and added nostrils, as you can see in this mint coloured Dragon.  (I quite liked the nostrils, so I went back and added them to the dark green and red Dragons.) 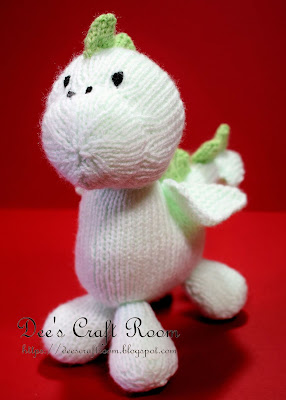 I next made a yellow Dragon with black spikes.  After all, who can say what colour Dragons should be? 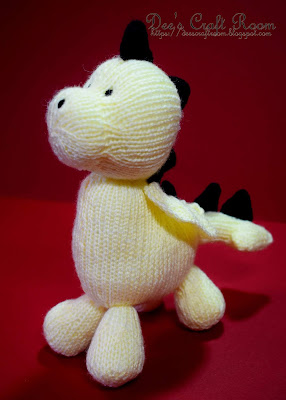 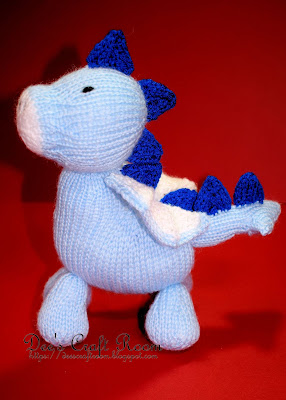 I almost forgot to tell you that I made the Dragons because I felt that little boys would probably not want a Unicorn for Christmas.  So all the young boys in the family will be getting either a Dragon or a Dinosaur (spoiler alert) for Christmas . 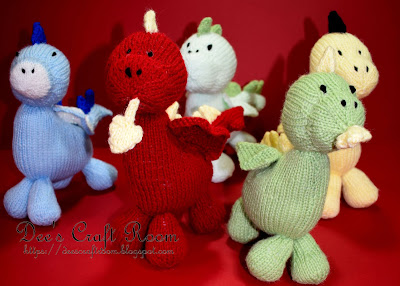 I hope you have a great week.