Somewhat later than promised, I am back today with the second half of my 'Lapland Visitrs' post.  I must apologise for this delay, my only excuse is that I have been somewhat distracted since the start of the year and I have been switching between knitting projects and I currently have at least six on the go.  But I have at last finished photographing Bo's sister Anaka and completed this post.

If you saw the first part of this post you will already know that a few years ago I discovered a series of knitting patterns on Ravelry published under the name of 'Mary Jane's Tearoom', they were designed by Susan Hickson.  The first pattern I made was Bo and here is his adorable sister Anaka - I should warn you that there are a lot of photographs in this post. 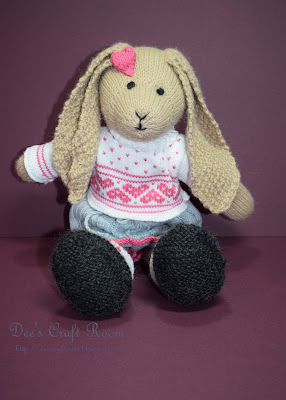 I thought that you might like to see something of the process, here are her stripey (stockings) legs and her body.  At this point the legs were able to stand unsupported and it made me giggle to see this egg on legs 'walking' around my work table. 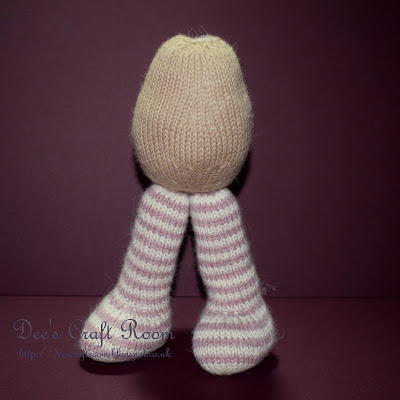 Anaka's body and boots are made of 100% alpaca wool and stuffed with  hollow fibre toy filling. 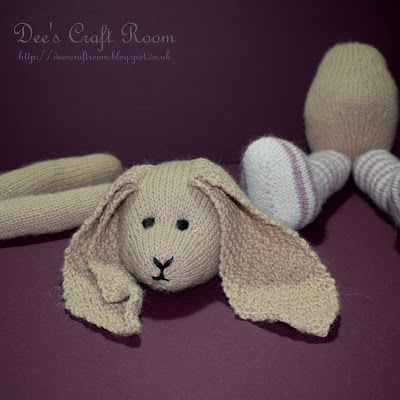 Her features are darned on so there are no bits to be pulled off by little fingers.  I learnt a lot from making Bo and I continued to learn with every stuffed toy I have made.  Anaka's arms and head came off several times before I was happy with them. 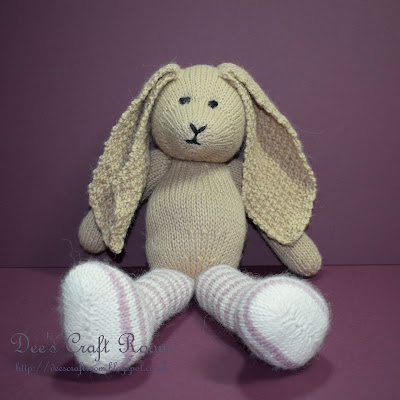 The alpaca wool I used is beautifully soft but it is much finer than any other Double Knit yarns I have ever use.  Therefore, just like Bo, Anaka is smaller than stated in the pattern and all of her clothes were much too large, to get her clothes to fit I decided to knit them on 2mm needles instead of 2.75mm. 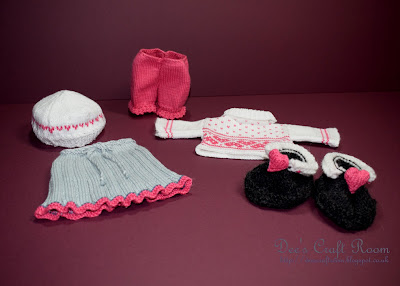 Anaka has a reoccurring motif of hearts on her clothes and boots.  The clothes are made from 4 ply cotton, I used Rowen Summerlite. 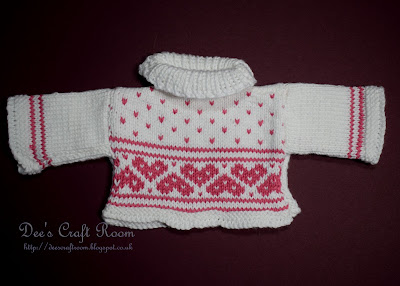 The stitches in the clothes are so very fine and I found it quite impossible to pick up stitches around the arm holes to make the sleeves in the jumper, so I made them separately.  Isn't this jumper sweet?  I was actually knitting it on Valentine's Day. 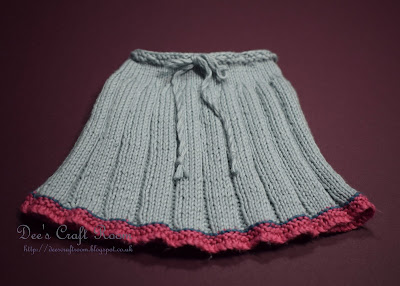 I added a row of the dark blue yarn from Bo's outfit to tie the two outfits together Bo had a little of Anaka' pink in his leg warmers).  I love the way the pattern created this pleated effect on the skirt. 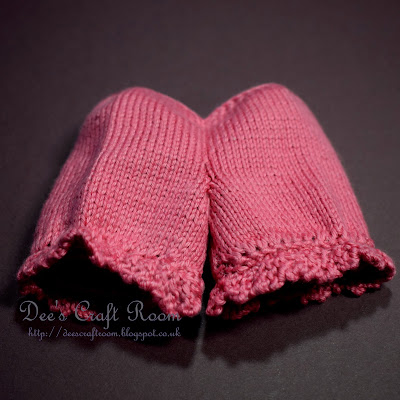 These tiny knickers are so sweet but the lace edge was soooo fiddly to make. 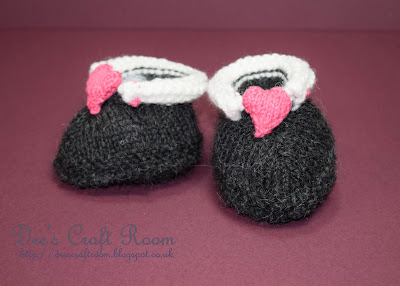 Little padded hearts decorate the boots and there is a matching pin for her 'hair'. 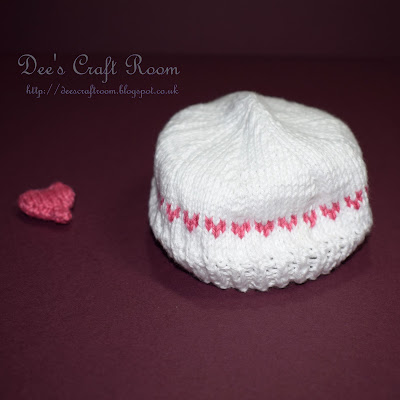 Anaka has a little beret hat, but just like her brother, I think I prefer her without the hat.  I stitched the little heart to a broach pin so it can be easily removed when she wears her hat. 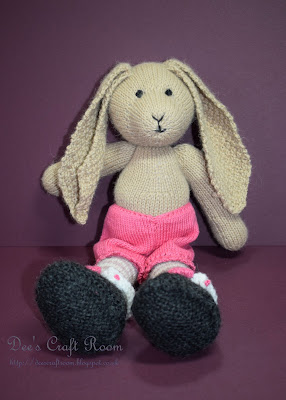 Just a little wave from my cheeky girl in her undies. 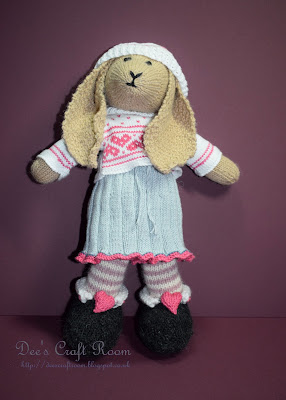 Now she is fully dressed her legs are unable to support her without aid, but I really wanted you to see her from behind and her cute little tail. 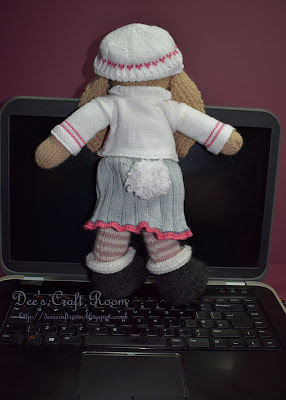 Here they are together, I am sure you agree that they make such an adorable couple. 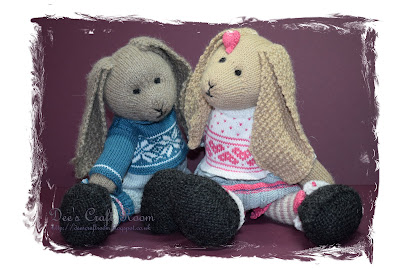 I hope you have enjoyed seeing Bo and Anaka as much as I enjoyed making them.

My next project is already well underway and I hope to be back to share it with you very soon.

Have a great week.