A Few More Elf on the Shelf Bits

I mentioned yesterday that I have been a bit under the weather since the start of the year.  Most of the time I have not really felt much like doing anything but from time the fog did lift from my head and I picked up my knitting needles.

There are not many clothes patterns for for all of those little Elf on the Shelf dolls and, thinking ahead to this year's Advent Calenders, I decided to play around with the patterns I have to see if I could come up with something new. 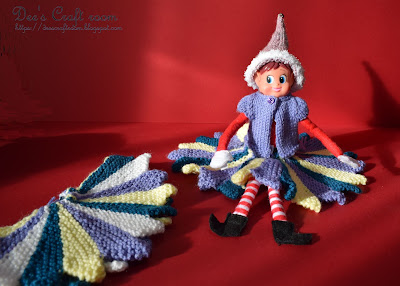 I attempted to make one of these panel skirts last year but I found that the recommended number of panels were not enough to fasten the skirt at the waist.  I almost doubled the number of panels in these skirts but they where still not enough to affix a press stud to ...... so I plaited some of the wool to make ties. 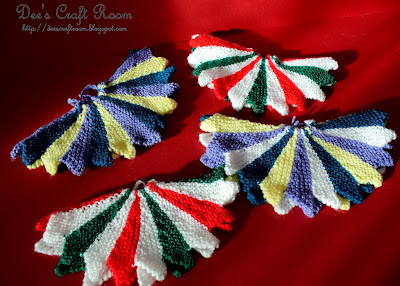 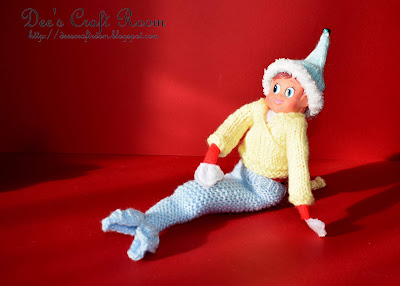 I also took the opportunity to make my elf a mermaids tail and a ballerina wrap around style cardigan, - with matching hat of course. 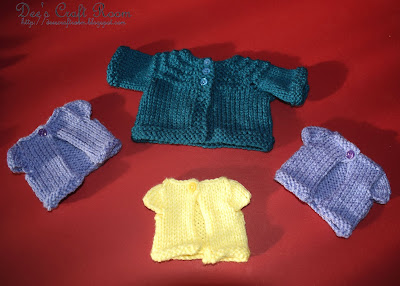 I experimented with a dress pattern to come up with these short sleeved tops.  The larger cardigan was a 'Little Cotton Rabbit' cardigan made on larger needles and double knit yarn .... but it came out too large for an elf, I am sure my niece will have a doll it will fit!