I hope you had a good weekend.  I wonder. did you or the family take part in any of any Halloween jollity's over the weekend?

My family have held an annual pumpkin carving party on the afternoon before Halloween for the past four years, it is meant to be for the small children, but I think the big children enjoy it every bit as much.  We had fingers in a bun (sausages in a bridge roll) and baked philosopher's stone (jacket potatoes) for lunch and drank Slimaide (limeade), Dragon's Blood (cherryade) and Pumpkin Juice (orangeade).

This year the grandchildren are that bit older and helped with the carving of their pumpkins, but the adults did the knife work, here are a few of the pumpkins we carved. 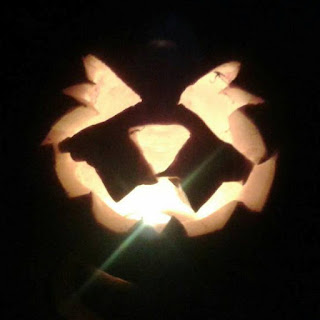 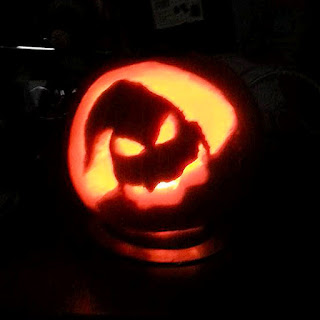 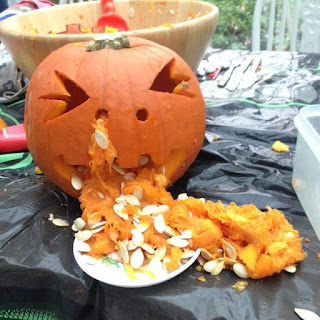 As you can see there was something of an animal theme this year with the cat, fox, lion and rabbit.  I think my two nephews took the prize with their vomiting man and ghost designs.

Over at Crafty Boots Challenges it is time for the mid challenge reminder for the 'Autumn or Halloween' Challenge.  I made trick or treat bags for my neighbours and all the children at the party on Friday. 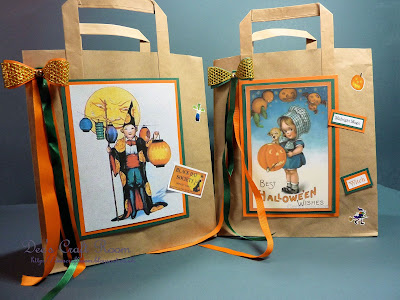 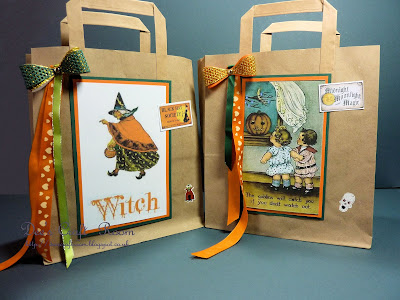 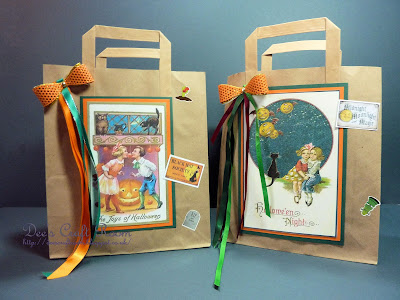 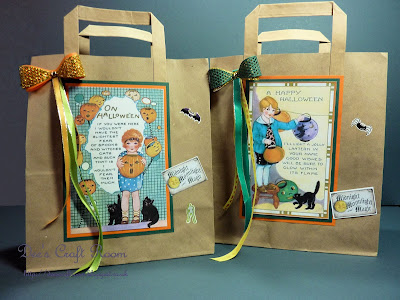 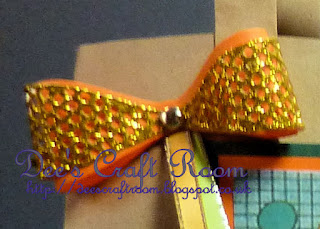 I also added a few Halloween stickers before filling the bags with all sorts of Halloween goodies.  To be honest with you, I think they were all far more interested in what was inside the bags than what was on the outside.

The rest of the Crafty Boots Design Team have been very busy so please make sure you hop across there and take a look.

I hope you have a good week.