I just do not know where this week has gone, it really has flown by.  However, I have spent a lot of this week tinkering with my current project, but more of that later.

The current Crafty Boots Challenge is based on a sketch.  When I first saw the sketch I could not think how I would come up with  suitable project, but slowly I started to have ideas.  Last week I shared two twinchie canvasses and Monday a birthday card.  Last weekend I also made a series of postcards based on the sketch. 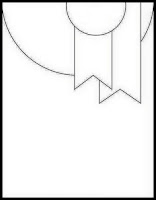 On Monday you saw 6 of the postcard designs I came up with, but I actually made quite a few more.  Here are the six which appeared on the Crafty Boots Challenges site. 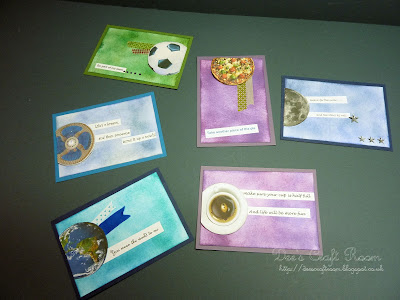 The concept was pretty simple really - think of a round object, find a free image in the internet, print 2 or 3 copies of the image.  Cut some white card, cut some slightly larger pieces of coloured card.  Colour the white card with distress inks.  Cut the images out and decoupage them.  Add either two pieces of washie tape or ribbon, and/or sentiment. 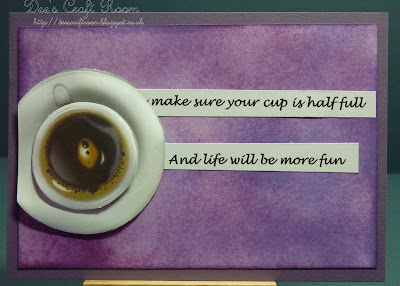 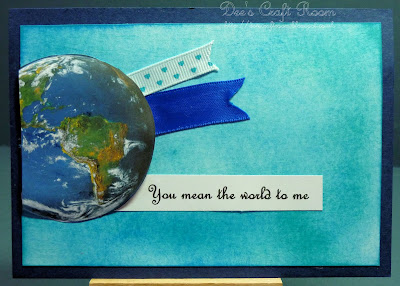 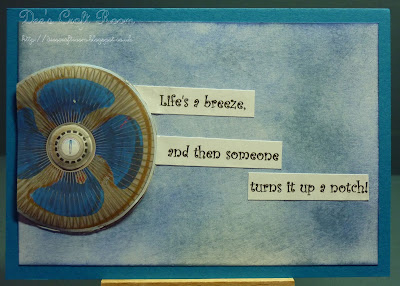 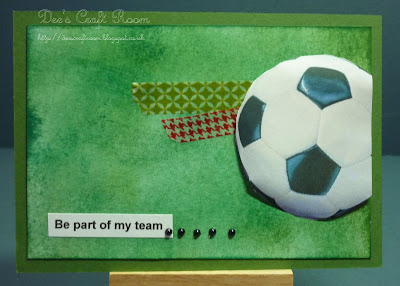 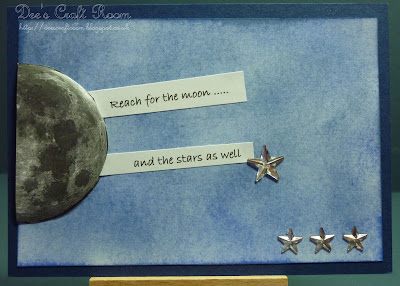 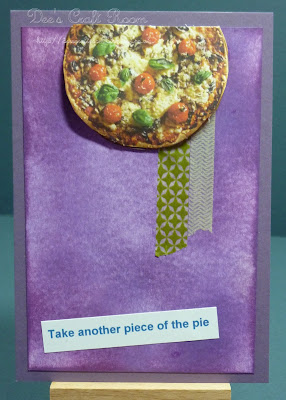 I mentioned that I made more of these cards, 10 more in fact, I just did not seem to be able to stop myself!  I have also tinkered with them all a little since then - so now I need to photograph them again.

If I have time I will post the rest of the cards this afternoon, but be warned it is going to be a VERY photo heavy post.